The grab is a spreader that opens and closes the seesaw and unloads the bulk material. Grabs can be generally divided into double rope grabs, single rope grabs and motor grabs according to the operating characteristics. The most commonly used is the double rope grab. 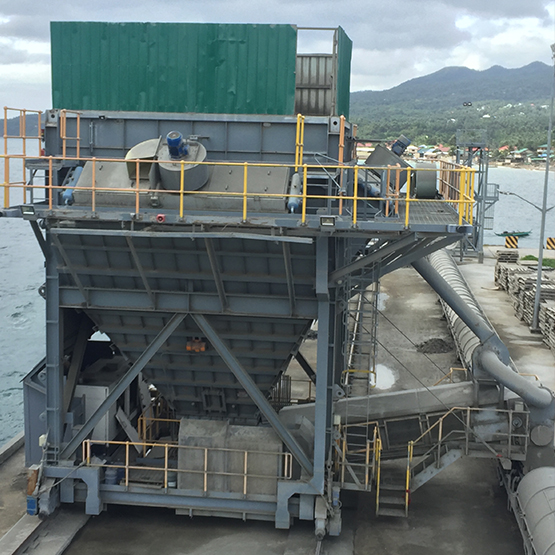 Single rope (grab) The same rope is used for the support rope and the opening and closing rope. The wire rope turns to support and open and close by special locking device. The winding mechanism of the single rope grab is simple, but the productivity is low, and it is rarely used in a large number of loading and unloading operations.

The motor grab is itself equipped with an opening and closing structure, usually using a standard electric hoist. This kind of grab can be hung on the crane hook and lifted by the lifting mechanism. The utility model has the advantages that the operation is convenient than the single rope grab, the grasping performance is good, the productivity is high, but the self weight is large, and the cable for the opening and closing mechanism is needed. With the development of hydraulic transmission, hydraulic motor grabs have emerged, which have been gradually promoted due to their compact structure. In special cases, pneumatically driven grabs are also used.

According to the bulk density of the material being grabbed, the grab is divided into three types: light (such as grabbing grain), medium (such as grabbing gravel) and heavy (such as grabbing iron ore); Grabs and multi-panel grabs, the most common is the double-panel grab. For large ore, iron filings and scrap steel, multi-plate grabs should be used, because it has the characteristics of multi-claw and tip tip, which is easy to insert into the pile and can obtain better gripping effect. There is also a scissor grab with the principle of scissors structure, its gripping force can gradually increase with the closing of the seesaw, and reach the maximum at the end of the closing; the opening of the bucket and the area of the covering material are also Generally, the grab is large, which improves the grasping ability and is conducive to cleaning the material yard and the cabin. However, for the bulk material, the initial gripping force is small and the effect is poor.