(Grab) is an important part of the crane. So do you understand the rope grab? Below, please ask the Henan port crane experts to explain to us:

In the long process of the development of grabs, in order to adapt to the physical-mechanical properties of different grab objects and the structural types of overweight machinery matched with them, many types of grabs have emerged. When it comes to the applicability of a grab structure to different work tasks, it must involve some of the key points of using modern perspectives to observe problems, because the applicability of grabs depends mainly on practice testing and continuous improvement and development. For the bulk cargo on the loading and unloading yard, the prototype grab in Figure 1.6 is a versatile universal tool. Although from the normal requirements of excavation performance, loading and unloading efficiency, etc., this type of grip has many shortcomings in kinematics, but from the perspective of manufacturing and maintenance, it has a strong and bright The structure should be said to be very reasonable. The structural structure, motion analysis and design calculation of this standard type of multi-rope long strut double slab grab will be described in the relevant chapters later, only briefly described in the "standard hanging" type. A frame grab that has been subjected to long-term trials in a strut grab competition or a bell-shaped grab. 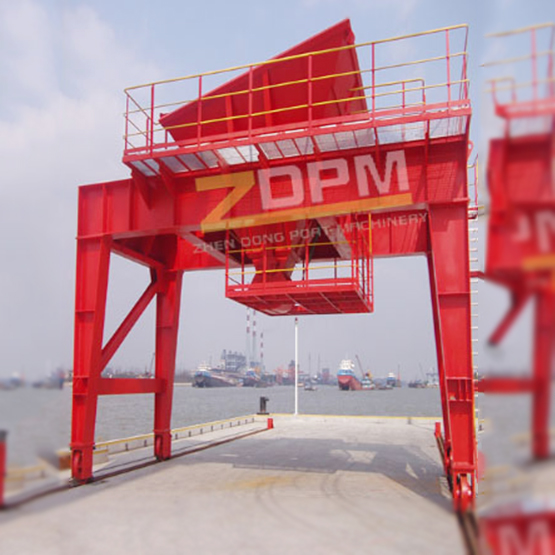 The outer hinge point of the frame-shaped burdock is mounted on the frame (bell cover) on the upper part of the grab by the bearing, and the inner hinge point of the slab is connected with the lower yoke in a double-hinged type. When the grab is closed, the cutting edge of the jaws depicts a circular arc-shaped curve. Kammerer has confirmed that this type of grab is not always in a good position compared to the "standard" long strut grab, because the ram brace is called at the closed table, and the sill is hinged. Can make a large swing movement. Therefore, better filling performance is obtained. However, the frame grab is preferred because it has the same invariant structure and large digging force, so it is only in the case of extreme accidents. For many years, there have been various variants of the frame-shaped grabs. Each type of grab produced according to the above-mentioned basic type of warfare is like the long strut grab. The closing force transmission ratio is increased with the angle of the shackle. Decrease and decrease.